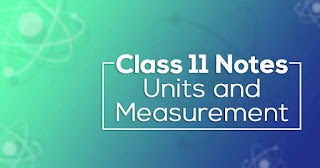 Supplementary Units
Besides the above mentioned seven units,there are two supplementary base units. these are (i) radian (rad) for angle, and (ii) steradian (sr) for solid angle.

Advantages of SI Unit System
SI Unit System has following advantages over the other Besides the above mentioned seven units, there are two supplementary base units. These are systems of units:

(i) It is internationally accepted,
(ii) It is a rational unit system,
(iii) It is a coherent unit system,
(iv) It is a metric system,
(v) It is closely related to CGS and MKS systems of units,
(vi) Uses decimal system, hence is more user friendly.


Other Important Units of Length

For measuring large distances e.g., distances of planets and stars etc., some bigger units of length such as ‘astronomical unit’, ‘light year’, parsec’ etc. are used.
• The average separation between the Earth and the sun is called one astronomical unit.
1 AU = 1.496 x 1011 m.
• The distance travelled by light in vacuum in one year is called light year.
1 light year = 9.46 x 1015 m.
• The distance at which an arc of length of one astronomical unit subtends an angle of one second at a point is called parsec.
1 parsec = 3.08 x 1016 m
• Size of a tiny nucleus = 1 fermi = If = 10-15m
• Size of a tiny atom = 1 angstrom = 1A = 10-10 m
Parallax Method:
This method is used to measure the distance of planets and stars from earth.
Parallax. Hold a pen in front of your eyes and look at the pen by closing the right eye and ‘ then the left eye. What do you observe? The position of the pen changes with respect to the background. This relative shift in the position of the pen (object) w.r.t. background is called parallax.
If a distant object e.g., a planet or a star subtends parallax angle 0 on an arc of radius b (known as basis) on Earth, then distance of that distant object from the basis is given by

• To estimate size of atoms we can use electron microscope and tunneling microscopy technique. Rutherford’s a-particle scattering experiment enables us to estimate size of nuclei of different elements.
• Pendulum clocks, mechanical watches (in which vibrations of a balance wheel are used) and quartz watches are commonly used to measure time. Cesium atomic clocks can be used to measure time with an accuracy of 1 part in 1013 (or to a maximum discrepancy of 3 ps in a year).
• The SI unit of mass is kilogram. While dealing with atoms/ molecules and subatomic particles we define a unit known as “unified atomic mass unit” (1 u), where 1 u = 1.66 x 10-27 kg.

Estimation of Molecular Size of Oleic Acid
For this 1 cm3 of oleic acid is dissolved in alcohol to make a solution of 20 cm3. Then 1 cm3 of this solution is taken and diluted to 20 cm3, using alcohol. So, the concentration of the solution is as follows:

After that some lycopodium powder is lightly sprinkled on the surface of water in a large trough and one drop of this solution is put in water. The oleic acid drop spreads into a thin, large and roughly circular film of molecular thickness on water surface. Then, the diameter of the thin film is quickly measured to get its area A. Suppose n drops were put in the water. Initially, the approximate volume of each drop is determined (V cm3).
Volume of n drops of solution = nV cm3
Amount of oleic acid in this solution

The solution of oleic acid spreads very fast on the surface of water and forms a very thin layer of thickness t. If this spreads to form a film of area A cm2, then thickness of the film

Limitations of Dimensional Analysis
The method of dimensions has the following limitations:
(i) by this method the value of dimensionless constant cannot be calculated.
(ii) by this method the equation containing trigonometric, exponential and logarithmic terms cannot be analyzed.
(iii) if a physical quantity in mechanics depends on more than three factors, then relation among them cannot be established because we can have only three equations by equalizing the powers of M, L and T.
(iv) it doesn’t tell whether the quantity is vector or scalar.
Significant Figures
The significant figures are a measure of accuracy of a particular measurement of a physical quantity.
Significant figures in a measurement are those digits in a physical quantity that are known reliably plus the first digit which is uncertain.
The Rules for Determining the Number of Significant Figures
(i) All non-zero digits are significant.
(ii) All zeroes between non-zero digits are significant.
(iii) All zeroes to the right of the last non-zero digit are not significant in numbers without decimal point.
(iv) All zeroes to the right of a decimal point and to the left of a non-zero digit are not significant.
(v) All zeroes to the right of a decimal point and to the right of a non-zero digit are significant.
(vi) In addition and subtraction, we should retain the least decimal place among the values operated, in the result.
(vii) In multiplication and division, we should express the result with the least number of significant figures as associated with the least precise number in operation.
(viii) If scientific notation is not used:
(a) For a number greater than 1, without any decimal, the trailing zeroes are not significant.
(b) For a number with a decimal, the trailing zeros are significant.
Error
The measured value of the physical quantity is usually different from its true value. The result of every measurement by any measuring instrument is an approximate number, which contains some uncertainty. This uncertainty is called error. Every calculated quantity, which is based on measured values, also has an error.
Causes of Errors in Measurement
Following are the causes of errors in measurement:

Least Count Error. The least count error is the error associated with the resolution of the instrument. Least count may not be sufficiently small. The maximum possible error is equal to the least count.
Instrumental Error. This is due to faulty calibration or change in conditions (e.g., thermal expansion of a measuring scale). An instrument may also have a zero error. A correction has to be applied.
Random Error. This is also called chance error. It makes to give different results for same measurements taken repeatedly. These errors are assumed to follow the Gaussian law of normal distribution.
Accidental Error. This error gives too high or too low results. Measurements involving this error are not included in calculations.
Systematic Error. The systematic errors are those errors that tend to be in one direction, either positive or negative. Errors due to air buoyancy in weighing and radiation loss in calorimetry are systematic errors. They can be eliminated by manipulation. Some of the sources of systematic errors are:
(i) intrumental error
(ii) imperfection in experimental technique or procedure
(iii) personal errors
Absolute Error, Relative Error and Percentage Error