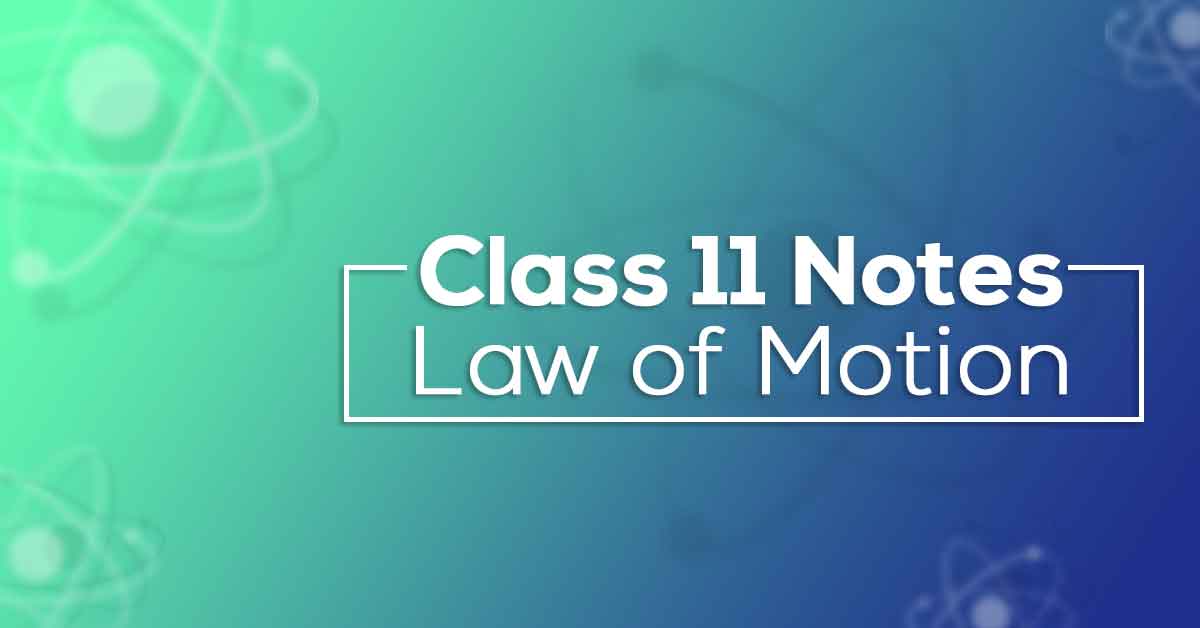 Inertia
The property of an object by virtue of which it cannot change its state of rest or of uniform motion along a straight line its own, is called inertia.
Inertia is a measure of mass of a body. Greater the mass of a body greater will be its inertia or vice-versa.
Inertia is of three types:
(i) Inertia of Rest When a bus or train starts to move suddenly, the passengers sitting in it falls backward due to inertia of rest.
(ii) Inertia of Motion When a moving bus or train stops suddenly, the passengers sitting in it jerks in forward direction due to inertia of motion.
(iii) Inertia of Direction We can protect yourself from rain by an umbrella because rain drops can not change its direction its own due to inertia of direction.
Force
Force is a push or pull which changes or tries to change the state of rest, the state of uniform motion, size or shape of a body.
Its SI unit is newton (N) and its dimensional formula is [MLT-2].
Forces can be categorized into two types:
(i) Contact Forces Frictional force, tensional force, spring force, normal force, etc are the contact forces.
(ii) Action at a Distance ForcesElectrostatic force, gravitational force, magnetic force, etc are action at a distance forces.
Impulsive Force
A force which acts on body for a short interval of time, and produces a large change in momentum is called an impulsive force.
Linear Momentum
The total amount of motion present in a body is called its momentum. Linear momentum of a body is equal to the product of its mass and velocity. It is denoted by p.
Linear momentum p = mu.
Its S1 unit is kg-m/s and dimensional formula is [MLT-1].
It is a vector quantity and its direction is in the direction of velocity of the body.
Impulse
The product of impulsive force and time for which it acts is called impulse.

Impulse = Force * Time = Change in momentum
Its S1 unit is newton-second or kg-m/s and its dimension is [MLT-1].
It is a vector quantity and its direction is in the direction of force.
Newton’s Laws of Motion
1. Newton’s First Law of Motion
A body continues to be in its state of rest or in uniform motion along a straight line unless an external force is applied on it.
This law is also called law of inertia.
Examples
(i) When a carpet or a blanket is beaten with a stick then the dust particles separate out from it.
(ii) If a moving vehicle suddenly stops then the passengers inside the vehicle bend outward.
2. Newton’s Second Law of Motion
The rate of change of linear momentum is proportional to the applied force and change in momentum takes place in the direction of applied force.
Mathematically F &infi; dp / dt
F = k (d / dt) (mv)
where, k is a constant of proportionality and its value is one in SI and CGS system.
F= mdv / dt = ma
Examples
(i) It is easier for a strong adult to push a full shopping cart than it is for a baby to push the same cart. (This is depending on the net force acting on the object).
(ii) It is easier for a person to push an empty shopping cart than a full one (This is depending on the mass of the object).
3. Newton’s Third Law of Motion
For every action there is an equal and opposite reaction and both acts on two different bodies

Mathematically F12 = – F21
Examples
(i) Swimming becomes possible because of third law of motion.
(ii) Jumping of a man from a boat onto the bank of a river.
(iii) Jerk is produced in a gun when bullet is fired from it.
(iv) Pulling of cart by a horse.
Note Newton’s second law of motion is called real law of motion because first and third laws of motion can be obtained by it.
The modern version of these laws is
(i) A body continues in its initial state of rest or motion with uniform velocity unless acted on by an unbalanced external force.
(ii) Forces always occur in pairs. If body A exerts a force on body B, an equal but opposite force is exerted by body B on body A.
Law of Conservation of Linear Momentum
If no external force acts on a system, then its total linear momentum remains conserved.
Linear momentum depends on frame of reference but law of conservation of linear momentum is independent of frame of reference.
Newton’s laws of motion are valid only in inertial frame of reference.
Weight (w)
It is a field force, the force with which a body is pulled towards the centre of the earth due to gravity. It has the magnitude mg, where m is the mass of the body and g is the acceleration due to gravity.
w = mg
Apparent Weight in a Lift
(i) When a lift is at rest or moving with a constant speed, then
R = mg
The weighing machine will read the actual weight.

(ii) When a lift is accelerating upward, then apparent weight
R1 = m(g + a)
The weighing machine will read the apparent weight, which is more than the actual weight.

(iii) When a lift is accelerating downward, then apparent weight
R2 = m (g – a)
The weighing machine will read the apparent weight, which is less than the actual weight.

(iv) When lift is falling freely under gravity, then
R2 = m(g – g)= 0
The apparent weight of the body becomes zero.
(v) If lift is accelerating downward with an acceleration greater than g, then body will lift from floor to the ceiling of the lift.
Rocket
Rocket is an example of variable mass following law of conservation of momentum.
Thrust on the rocket at any instant F = – u (dM / dt)

where u = exhaust speed of the burnt and dM / dt = rate 0f gases combustion of fuel.
Velocity of rocket at any instant is given by u = vo + u loge (Mo / M )
where, vo = initial velocity of the rocket,
Mo = initial mass of the rocket and
M = present mass of the rocket.
If effect of gravity is taken into account then speed of rocket
u = vo + u loge (Mo / M) – gt
Friction
A force acting on the point of contact of the objects, which opposes the relative motion is called friction.
It acts parallel to the contact surfaces.
Frictional forces are produced due to intermolecular interactions acting between the molecules of the bodies in contact.
Friction is of three types:
1. Static Friction
It is an opposing force which comes into play when one body tends to move over the surface of the other body but actual motion is not taking place.
Static friction is a self adjusting force which increases as the applied force is increased,
2. Limiting Friction
It is the maximum value of static friction when body is at the verge of starting motion.
Limiting friction (fs) = μsR
where μs, = coefficient of limiting friction and R = normal reaction.
Limiting friction do not depend on area of contact surfaces but depends on their nature, i.e., smoothness or roughness.
If angle of friction is θ, then coefficient of limiting friction
μs = tan θ
3. Kinetic Friction
If the body begins to slide on the surface, the magnitude of the frictional force rapidly decreases to a constant value fk kinetic friction.
Kinetic friction, fk = μk N
where μ k = coefficient of kinetic friction and N = normal force.

Kinetic friction is of two types:
(a) Sliding friction
(b) Rolling friction
As, rolling friction < sliding friction, therefore it is easier to roll a body than to slide.
Kinetic friction (fk) = μk R
where μk = coefficient of kinetic friction and R = normal reaction.
Angle of repose or angle of sliding It is the minimum angle of inclination of a plane with the horizontal, such that a body placed on it, just begins to slide down.
If angle of repose is a. and coefficient of limiting friction is μ, then
μs = tan α
Motion on an Inclined Plane
When an object moves along an inclined plane then: different forces act on it like normal reaction of plane, friction force acting in opposite direction of motion etc. Different relations for the motion are given below.
Normal reaction of plane
R = mg cos θ
and net force acting downward on the block.
F = mg sin θ – f

Acceleration on inclined plane a = g (sin θ – μ cos θ)
When angle of inclination of the plane from horizontal is less than the angle of repose (α), then
(i) minimum force required to move the body up the inclined plane
f1 = mg (sin θ + μ cos θ)
(ii) minimum force required to push the body down the inclined plane
f2 = mg (μ cos θ – sin θ) J
Tension
Tension force always pulls a body.
Tension is a reactive force. It is not an active force.
Tension across a massless pulley or frictionless pulley remain constant.
Rope becomes slack when tension force becomes zero.

a = F / (M + m)
Pseudo force acting on block B due to the accelerated motion
f’= ma
The pseudo force tends to produce a relative motion between bodies A and B and consequently a frictional force
f = μ N = μmg is developed. For equilibrium
ma ≤ μ mg or a ≤ μg
(b) Let friction is also present between the ground surface and body A Let the coefficient of friction between the given surface and body A is μ1 and the coefficient of friction between the surfaces of bodies A and B is μ2 If a force F is applied on the lower body A

Net accelerating force = F – fA = F – μ1(M + m)g
∴ Net acceleration
a = F – μ1(M + m)g / (M + m) = F / (M + m) – μ g
Pseudo force acting on the block B
f’ = ma
The pseudo force tends to produce a relative motion between the bodies A and B are consequently a frictional force fB = μ mg is developed. For equilibrium
ma le; μ2 mg or a ≤ μ 2 g
If acceleration produced under the the effect of force F is more than μ2g, then two bodies will not move together.
(iv) Motion of Bodies Connected by Strings

(ii) When a body of mass m2 is placed frictionless horizontal surface, then