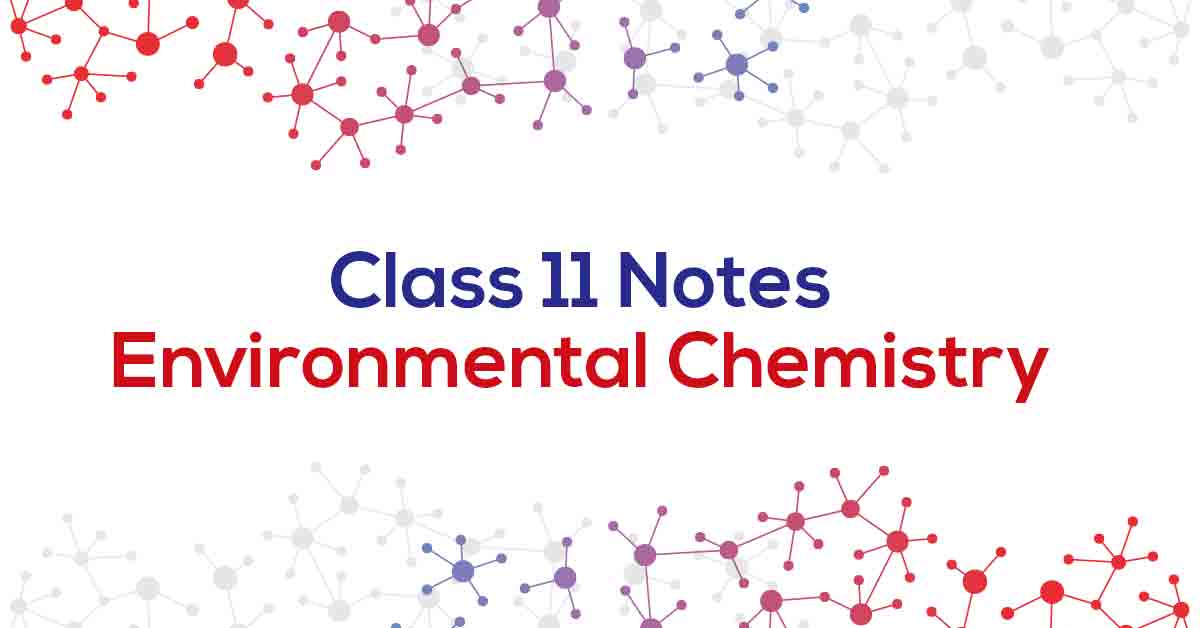 Hydrocarbons + O2, NO2 NO, O, O3Peroxides, formaldehyde, peroxyacetyl nitrate (PAN), acrolein etc.
It is oxidising in nature and causes irritation to eyes, lungs, nose, asthmatic attack and damage to plants.
Green House Effect and Global Warming
The phenomenon in which atmosphere of earth traps the heat coming from the sun and prevents it from escaping into the outer space is called green house effect. Certain gases, called green house gases [carbon dioxide, methane, ozone, chlorofluorocarbon compounds (CFCs) and water vapour] in the atmosphere absorb the heat given by earth and radiate back it to the surface of the earth. Thus, warming of the earth led to the warming of air due to green house gases. which is called global warming.
Consequences of Green House Effect (or Global Warming)
1. The green house gases are useful in keeping the earth warm with an average temperature of about 15° to 20°C.
2. There may be less rainfall in this temperature zone and more rainfall in the dried areas of the world.
3. Increase in the concentration of CO2 in the atmosphere leads to increase in the temperature of the earth’s surface. As a result evaporation of surface water will increase which further help in the rise of temperature and results in the melting of glaciers and polar ice caps and hence, level of sea water may rise.
ACid Rain
The pH of normal rain water is 5.6 due to the dissolution of CO2 from atmosphere.

HNO3 is removed as a precipitate or as particulate nitrates after reaction with bases (like NH3, particulate lime etc).

The presence of hydrocarbons and NOx step up the oxidation rate of the reaction. Soot particles are also known to be strongly involved in catalysing the oxidation of SO2
Acid rain causes extensive damage to building and sculptural materials of marble, limestone, slate. mortal’ etc

Stratospheric Pollution(Depletion of Ozone Layer)
Ozone is a light bluish gas and absorbs UV radiations of the sun which are harmful to living beings, But nowadays ozone layer is being depleted by CFCs (chlorofluorocarbons).
UV radiations cause the chlorofluorocarbons to dissociate to fOl1D highly reactive chlorine free radical which reacts with ozone to form chlorine monoxide.

CI* (free radical) can react WIth more O3.
Ozone hole is formed over Antarctica. and some parts of non – polar regions also.
In other parts of stratosphere NO2, CH4 react with CIO* and cI* respectively and act as natural sink for CIO* and CI*

These reactions consume CI* and CIO* hindrance to ozone depletion.
[In Antarctica, during winters, special types of clouds, called polar stratospheric clouds (PSCs)are formed. These clouds are of two types
Type I Clouds They contain some solidified nitric acid trihydrate (HNO3 * 3H2O) formed at about -77°C.
Type II Clouds They contain some ice formed at about – 85°C. These clouds play important role in ozone depletion by hydrolysingchlorine nitra.

Hypochlorous acid and CI2 are formed which are reconverted into reactive chlorine atoms with the help of sunlight which causes ozone depletion.]
Polar vortex During winters, when polar stratospheric clouds are formed over Antarctica. stable wind patterns in the stratosphere encircle the continent which is called polar vortex. It is tight whirlpool of winds which is so rigid that air within it is isolated from the sun and forms the warmer air of temperate region to fill up ozone hole.
Consequences of Depletion of Ozone Layer
(a) Loss of sight The UV radiation damage the cornea and lens of the eyes.
(b) Effect on immune system The UV radiations are also likely to suppress immune system.
(c) Skin cancer This type of radiation is known to be cancer causing agent.
Water Pollution
The contamination of water by foreign substances which would COnstitute a health hazard and make It unfit for all purposes (domestic, industrial or agriculture etc) is known as water pollution. The polluted Water may have foul odour. bad taste, unpleasant colour etc.
Maximum prescribed concentration of some metals in drinking water is as

Green Chemistry-An Alternative Tool for Reducing Pollution
Green chemistry may be called chemistry involved in the design, development, and implementation of chemical products and processes to reduce or eliminate the use and generation of substances hazardous to human health and the environment.
Thus, the goal of green chemistry is ‘to promote the development of products and processes that reduce or eliminate the use or generation of toxic substances associated with the design, manufacture, and use of hazardous chemicals. Some important principles and method of green chemistry are
1. It is better to prevent waste than to treat or clean up waste after it is formed.
2. Synthetic methods should be designed to maximize the incorporation of all materials used in the process into the final product. .
3. Whenever possible, synthetic methodologies should be designed to use and generate substances that possess little or no toxicity to human health and the environment.
4. Chemical products should be designed to preserve efficiency of function while reducing toxicity.
5. The use of auxiliary substance (e.g., solvents, separation agents etc.) should be avoided as far as possible.
6. Energy requirements should be recognised for their environmental and economic impacts and should be minimized.
7. Synthetic methods should be conducted at ambient temperature and pressure.