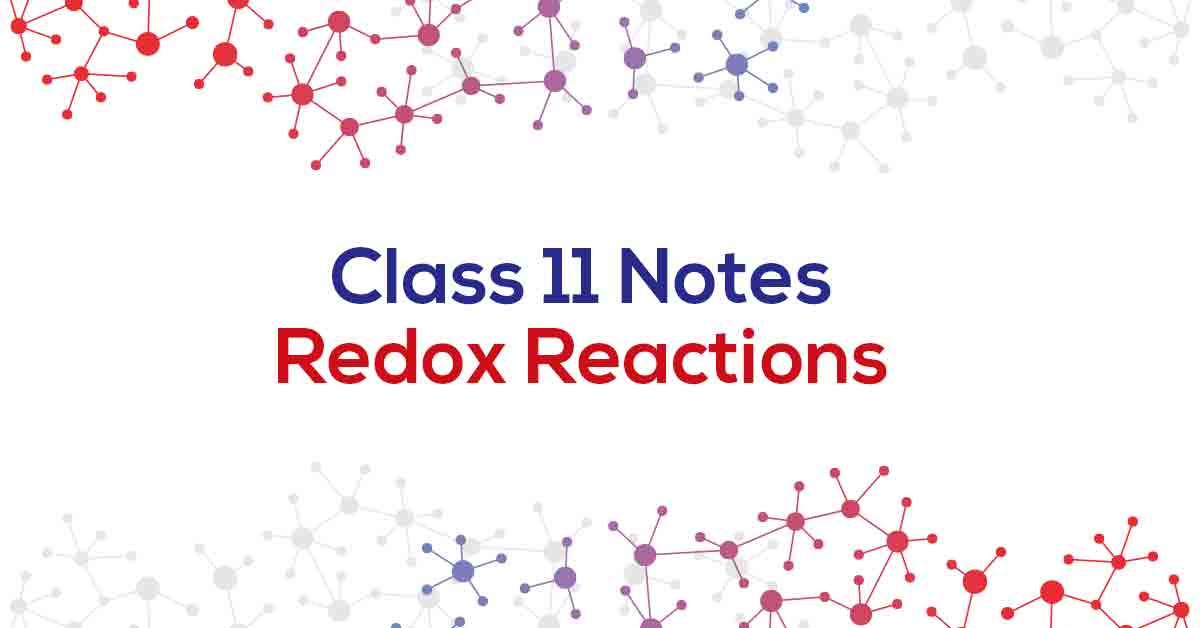 Chemical reactions which involves both oxidation as well as reduction process simultaneously, are known as redox reactions (‘red’) from reduction and ‘ox’ from oxidation). All these reactions are always accompanied by energy change in the form of heat, light or electricity.
Types of Redox Reactions
(i) Intermolecular redox reactions In such reactions, oxidation and reduction take place separately in two compounds. e.g., 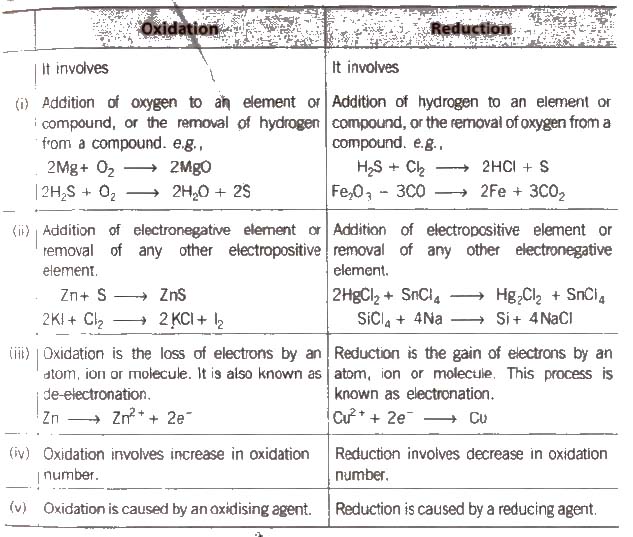 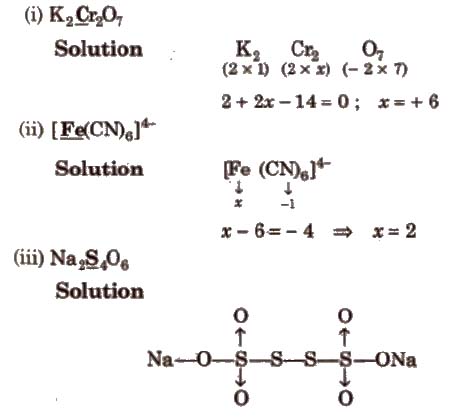 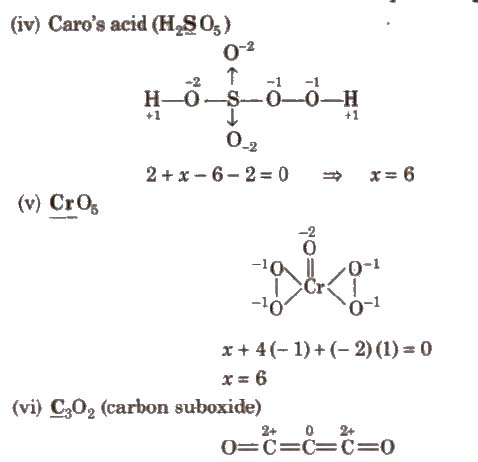 (vii) NH4 NO3
There are two types of nitrogen atoms. Therefore. evaluation should be made separately as
Oxidation number of N in NH+4
x + 4 (+ 1)= + 1
x = – 3
Oxidation number of N in NO–3
y + 3 x (- 2) = – 1
y = 5
Stock Notations
The oxidation states of elements exhibiting variable oxidation states are specified by Roman numerals such as I, II, III, IV, etc., within parenthesis after the symbol or name of the element. This system was introduced for the first time by German chemist, Alfred Stock and is known as Stock notation. This may be illustrated as

Balancing of Redox Chemical Equations
Every chemical equation must be balanced according to law of conservation of mass. In a balanced chemical equation the atoms of various species involved in the reactants and products must be equal in number. Redox reaction can be balanced through (i) Ion electron method (ii) Oxidation number method
Ion Electron Method
This method of balancing was developed by Jette and Lamer in 1927.
For example. balance the equation
Cu + HNO3 → Cu(NO3)2 + NO + H2O
It involves the following steps.
Step I Write the redox reaction in ionic form
Cu + H+ + NO–3 → Cu2+ + NO + H2O
Step II Split the redox reaction into its oxidation-half and reduction half-reaction.

(ii) For alkaline solutions For each excess of oxygen, add one water molecule to the same side and OH–ion to the other side to balance H.
Step V Add electrons to the side deficient in electrons.

(Ions which are present in solution but do not take part in the redox reaction, are omitted while writing the net ionic equation of a reaction and are known as spectator ions.)
Oxidation Number Method
For example, balance the equation
Mg + HNO3 → Mg(NO3)2 + N2O + H2O
It involves the following steps.
Step I Write the skeleton equation (if not given)
Step II Assign oxidation number of each atom

Step III Balance atoms other than H and O in two processes.