How Do Organisms Reproduce Class 10 Science Most Important Notes

Chapter 8 How Do Organisms Reproduce Notes: 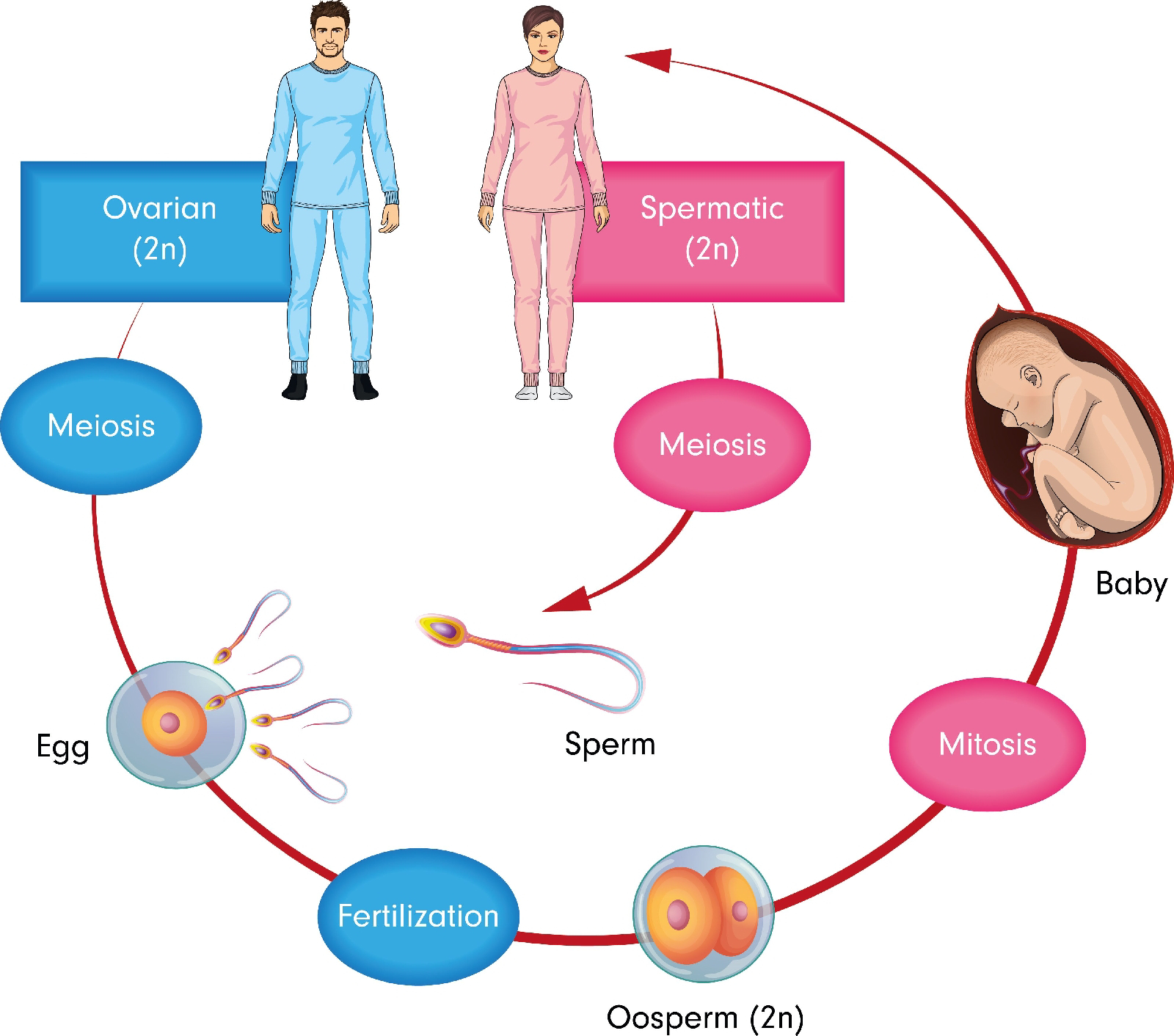 Topics Covered in Chapter 8 How Do Organisms Reproduce:
Do Organisms Create Exact Copies Of Themselves?
The Importance Of Variation
Modes Of Reproduction Used By Single Organisms

Sexual Reproduction
Why The Sexual Mode Of Reproduction?
Sexual Reproduction In Flowering Plants
Reproduction In Human Beings
Introduction To The Chapter
Reproduction is a very important biological process for all organisms in the continuity of the generations. There are different types of living species existing on this planet earth. Few are a single-celled organism, some are multicellular organism while few species lack a true nucleus and other cell organelles. Reproduction varies with the species.
What is Reproduction?
Reproduction is the biological process in which every living organisms give rise to their young ones which are identical to their parents. The nucleus of the cell contains DNA which is the hereditary material. DNA replicates and forms new cells causing variations. So, these cells new cells will be similar but may not be identical to the original cell. The variations are useful for the survival of the individual and species over time as well as basis for evolution.
Types of Reproduction
There are two main types of Reproduction.
Asexual Reproduction
It is a type of reproduction by which offspring are produced from a single parent. Here gametes are not formed and the new individual is identical to the parent. It is extremely useful as a means of rapid multiplication and is usually observed in lower organisms. Asexual reproduction can be of various types: Binary fission, Budding, Vegetative reproduction, Regeneration, Fragmentation, Spore formation, and Parthenogenesis.
Sexual Reproduction
It is the process of reproducing their young ones by the involvement of both the parents. Here, gametes are formed and the new individual is genetically similar but not identical to the parents. It is useful to generate more variations in species and is usually observed in higher organisms. All multicellular organisms, including few plant species, animals and humans undergo Sexual Reproduction.
Importance Of Variation
Modes of Asexual Reproduction
Fission
The parent cell divides into daughter cells
-> Binary fission – 2 cells are formed. Example- Amoeba 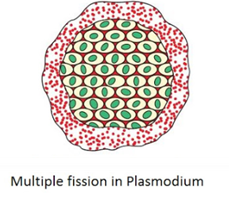 Fragmentation
The organism breaks-up into smaller pieces upon maturation, each piece develops into a new individual. Example – Spirogyra Regeneration
If an organism is somehow cut or broken into many pieces, each piece grows into a complete organism. Example – Hydra, Planaria 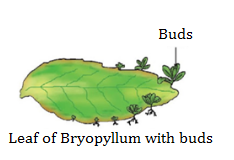 Artificial Methods In Vegetative Propagation
These growing cells are kept in a culture medium leads to the formation of callus. Callus is then transferred to the hormone medium which causes growth and differentiation. Example – Ornamental plants, orchid
Benefits of Tissue Culture
Spore Formation
Spores are small bulb like structures which are covered by thick walls. Under favourable conditions, they germinate and produce new organism. Example – Rhizopus Sexual Reproduction
When reproduction takes place as a result of the fusion of male and female gametes is called sexual reproduction. The fusion of gametes is called fertilization which results in variation.
Sexual Reproduction In Plants
Types Of Flowers
Bisexual Flower – Both male and female reproductive parts are present. Example – Hibiscus, mustard
Unisexual Flower – Either male or female reproductive part is present. Example – Watermelon, Papaya
Structure Of Flower 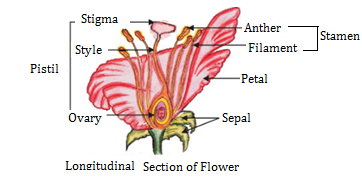 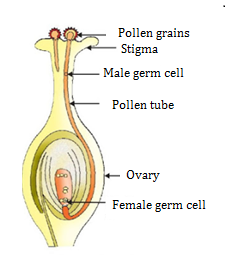 Germination of pollen on stigma
The seed germinates to form a plant under suitable conditions such as air, moisture etc 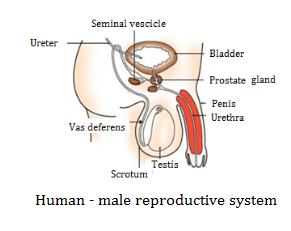 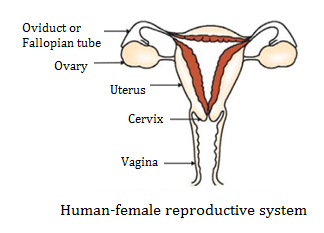 Fertilization of Egg
– The fertilized egg called zygote is planted in the uterus and develops into an embryo
– The embryo gets nutrition from the mother’s blood with the help of a special tissue called placenta. It provides a large surface area for the exchange of glucose, oxygen and waste material
– the time period from fertilization upto the birth of the baby is called gestation period. It is about 9 months.
– The uterus prepares itself every month to receive fertilized egg
– The lining of the uterus becomes thick and spongy, required to support the embryo
– When fertilization has not taken place, this lining is not needed any longer
– This lining breaks and comes out through vagina as blood and mucus
– This cycle takes around 28 days every month and called menstruation
Reproductive Health
Reproductive health means a total well-being in all aspects of reproduction i.e., physical, social, emotional and behavioral.
-> Sexually Transmitted Diseases (STDs)
– Bacterial: Gonorrhoea and Syphilis
– Viral: Warts and HIV-AIDS
-> Methods of Contraception
(i) Physical barrier
(ii) Chemical methods
(iii) Intrauterine contraceptive device (IUCD)
(iv) Surgical methods
Female Foeticide
Few Important Questions
Downloaded from STRIKE NTSE: